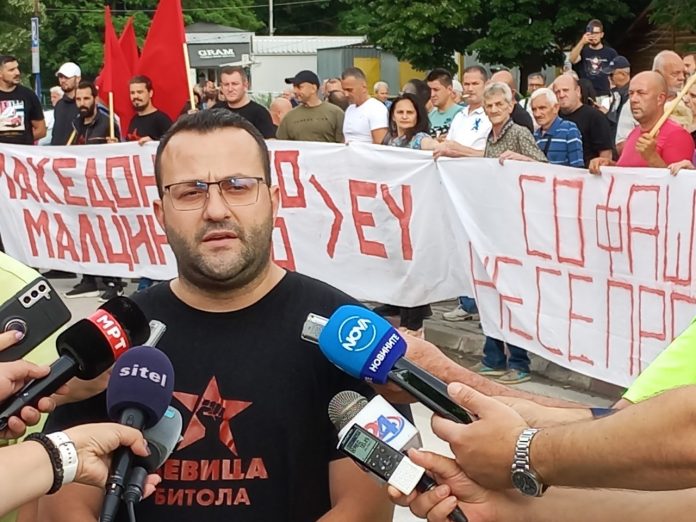 Bitola residents held a protest on Wednesday, starting at 6 pm, for the release of the singer Lambe Alabakovski, who was ordered an eight-day detention for setting fire to the Bulgarian club “Vancho Mihajlov” in Bitola.

The protest was held in front of the police station in Bitola. Messages were sent in support of the Macedonian singer.

“Freedom for Lambe”, “Death to fascism, freedom for the people”, were part of the slogans and shouts of the protest.

“That is why we gathered here to ask for freedom for one of our fellow citizens. It is Lambe’s reaction that we all feel about fascism. Lambe is a cry of the Macedonian rebellion. We demand an acquittal,” said the organizers of the protest.