Home Macedonia Protest in front of the Russian Embassy Association of Ukrainians in Macedonia... 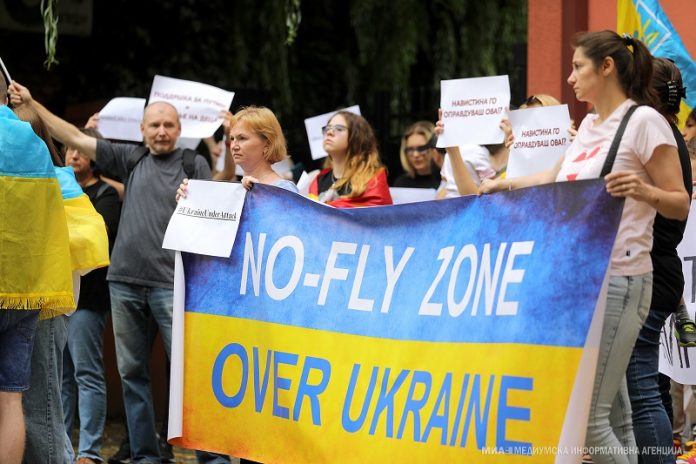 The Association of Ukrainians in North Macedonia “Lesja Ukrainka” on Sunday in Skopje held a protest against Russian military aggression against Ukraine.

The protest started around the children’s playground behind the Universal Hall and ended in front of the Embassy of the Russian Federation in North Macedonia.

According to the Association, the protest is organized to “remind people of the crimes committed against Ukraine and the taking of innocent lives, including children.”