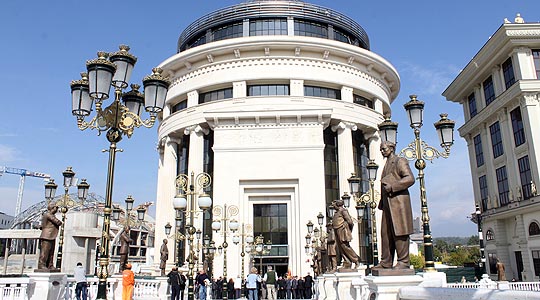 Following a preliminary procedure, the Public Prosecutor from the Basic Public Prosecutor’s Office in Bitola filed an Indictment against two persons for a crime – Serious acts against human health under Article 217 paragraph 4 in conjunction with Article 207 paragraph 1 and 3 of the Criminal Code.

The defendants, as doctors – specialists in gynecology and obstetrics employed in the PHI Clinical Hospital “Dr. Trifun Panovski” – Bitola, acted negligently in providing medical assistance – delivery of a patient – a mother from the village Smilevo – Municipality of Demir Hisar, due to which the death of the newborn occurred.

Although all the changes in the health condition of the mother were an absolute indicator that the health and life of the fetus is in danger due to insufficient oxygen supply, which is an indication for an emergency caesarean section, the accused doctors did not take this intervention in time, the PPO said in a press release on Wednesday.