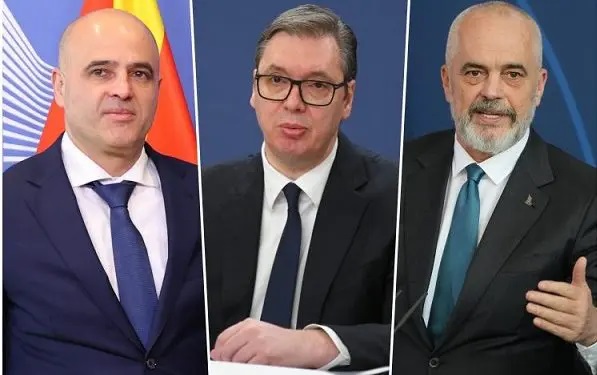 The Prime Minister of North Macedonia, Dimitar Kovachevski, his Albanian counterpart Edi Rama and the President of Serbia Aleksandar Vučić will go to Brussels and participate in the European Union – Western Balkans summit.
Albanian Prime Minister Rama announced on Twitter that after mutual consultations, the three leaders of the countries included in the Open Balkans, however, decided to leave for Brussels.

“We will attend the meeting of the EU Council. There will not be much to hear about us, but we will seek to be heard about the idea of a New European Political Community we support, an Open Balkans that promotes the spirit of Europe and our abduction from Bulgaria that is destroying it all. I just heard that something is moving in Bulgaria today. It is too early to be optimistic and too little to change the part of tomorrow’s speech where Bulgaria will be criticized as a country that kidnapped two NATO countries while there is a hot war on the European border” Rama said.