Home Macedonia Kovachevski: There is nothing new about the French proposal, the talks continue 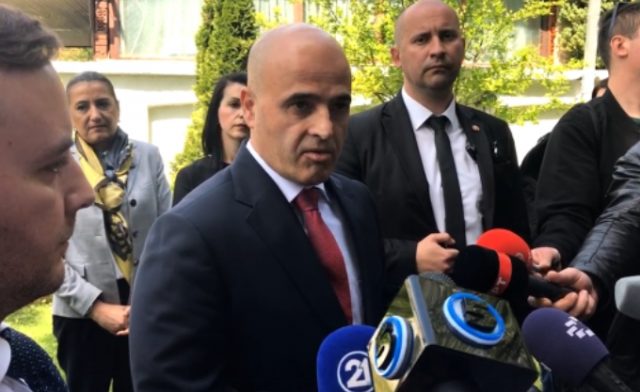 There are no new moments regarding the proposal of the French presidency with the EU to lift the Bulgarian veto. Talks continue at the level of expert teams of the Foreign Ministries of North Macedonia and Bulgaria, Prime Minister Dimitar Kovachevski told the media on Tuesday.

The Prime Minister reiterated that the Government remains committed to the French proposal presented at a press conference in Brussels last week and that as soon as an acceptable proposal is reached from both sides, it will be processed in the country’s institutions.