Home Macedonia Mickoski: Ultimatum – NO thanks 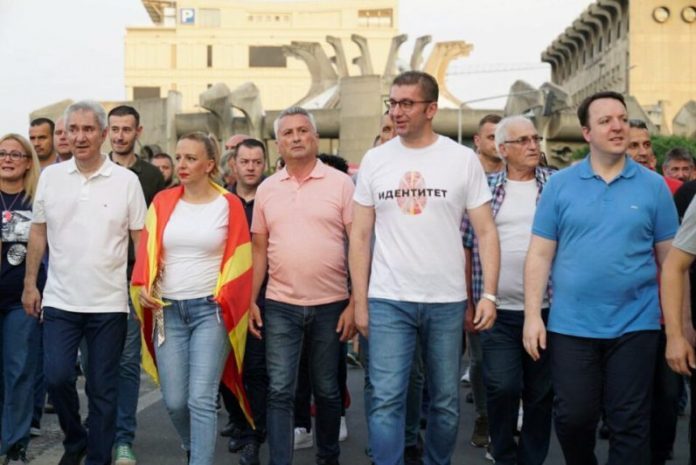 The leader of the opposition VMRO-DPMNE published a video on Facebook in which he sends a message to the Government to reject the French proposal.

Namely, Mickoski and Kovachevski had a meeting yesterday, during which Mickoski came out with three proposals.

“I gave my point of view on the text and I would conclude that neither for me personally nor for VMRO-DPMNE these two documents are acceptable. We do not intend to accept the same documents. It is a decision not only of Hristijan Mickoski, but also of the executive committee of VMRO-DPMNE. I offered Kovachevski to come out and reject this, which was submitted as a proposal, and I to withdraw from the request for early parliamentary elections,” Mickoski pointed out.

“ By this, I mean security, energy, financial, food challenges. In the spring, when we have passed, in my opinion and many, the most difficult winter, let’s reevaluate the situation. This is not a negotiating framework with which we secure a European future. This is a negotiation framework with which we either assimilate and Bulgarianize, so that we can be part of the EU, or we will never be part of the EU,” stressed the VMRO-DPMNE leader.