Home Macedonia 40-year-old man from Skopje fired shots at “Skenderbeg” – the Ministry of... 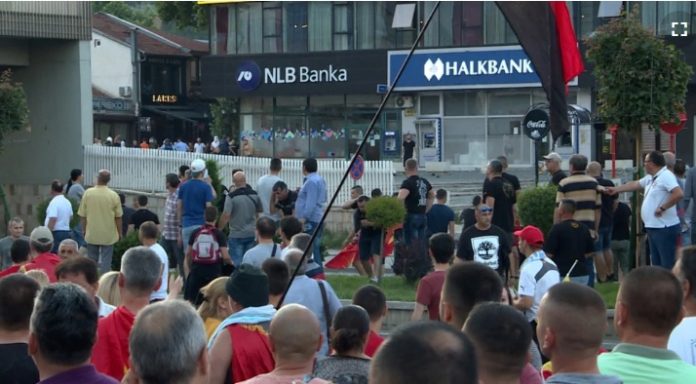 In front of a bank opposite the “Skenderbeg” monument, tonight at 8:10 p.m., police officers from SVR Skopje arrested E.J. (40) of Skopje, who had earlier fired a gun in the air, while a group of protesters, who were moving towards the government to the Ministry of Foreign Affairs, violated public order and peace by throwing stones at a group of citizens, the Ministry of the Interior informed on Wednesday.

E.J. was detained at the police station, and shell casings were found at the scene. After documenting the case, an appropriate submission will be filed against him.