Home Macedonia Mickoski: This is the man who wanted to kill me tonight! 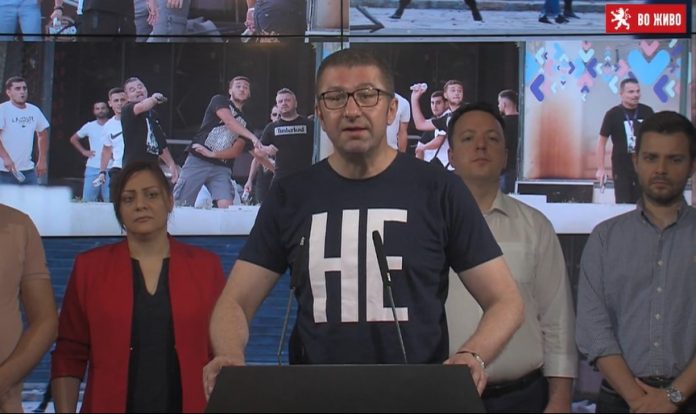 This is the man who wanted to kill me tonight. I demand that he be immediately arrested by Spasovski and the Ministry of the Interior, wrote the leader of VMRO-DPMNE, Hristijan Mickoski on Facebook after the incident at the underpass of the former “Most” department store, i.e. “Skenderbeg” square.

Namely, several people attacked the people protesting who were moving from the Government to the Ministry of Foreign Affairs and the Parliament, while throwing stones and bottles, and one person pointed a gun, which can be seen in the photo and video recordings.