Home Macedonia VIDEO| Did the SDSM/DUI government deliberately cause an inter-ethnic conflict during... 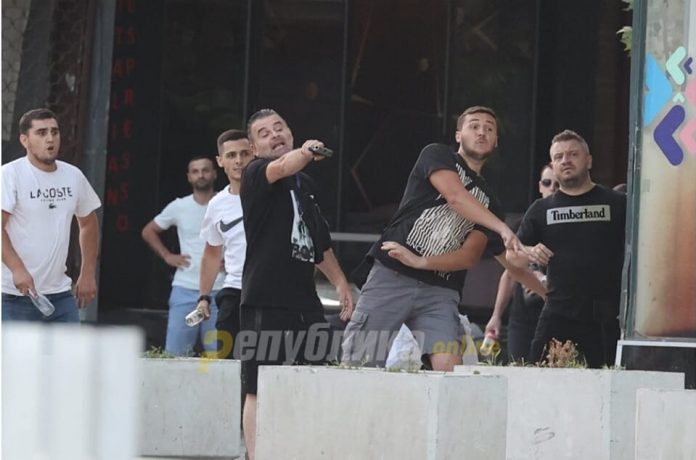 The crowd of people that was moving from the Government to the Ministry of Foreign Affairs at the “Ultimatum, no thanks” protest was attacked by Albanians at the underpass of the “Most” department store.

“There were only three police officers who did not react. A dozen Albanians threw stones at the demonstrators,” say the people protesting.

Citizens marching against the French proposal were met with weapons and bottles immediately after passing under the “Most” department store, Republika.mk reported and added: “A group of thugs from the side of Skenderbeg Square started throwing bottles at the protesters, while some of them were threatening with a gun in hand”.