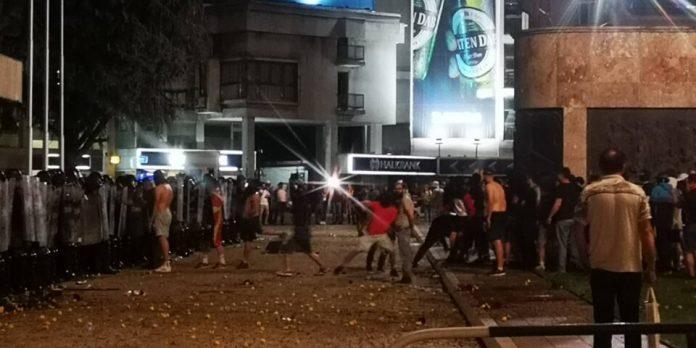 A judge of a preliminary proceeding at the Basic Criminal Court Skopje ordered a detention measure of eight days against three people related to the protests of July 5 in front of the Assembly and of July 6 near the Skenderbeg Square.

“Acting on the proposal of the Basic Public Prosecutor’s Office to determine a measure of detention against three persons, related to the events of July 5 in front of the Parliament of the RNM and of July 6 at Skenderbeg Square, the judge of the preliminary proceedings at the Basic Criminal Court Skopje, after the suspects’ testimony in the presence of the defense attorney, made decisions by which he accepted the proposal of the prosecutor and ordered the three persons to be detained for a period of eight days, according to the proposal for conducting an investigation in abbreviated procedure,” the Basic Criminal Court Skopje informed on Friday.

The court considers that the conditions of article 470, paragraph 1, items 1 and 2 have been fulfilled, that is, that there is a danger of escape and the possibility of the suspects repeating the crime. Against these illegal decisions, the parties have the right to appeal before the Criminal Council of this court.