Home Macedonia Kovachki: The Government should publish the protocol immediately, the people do not... 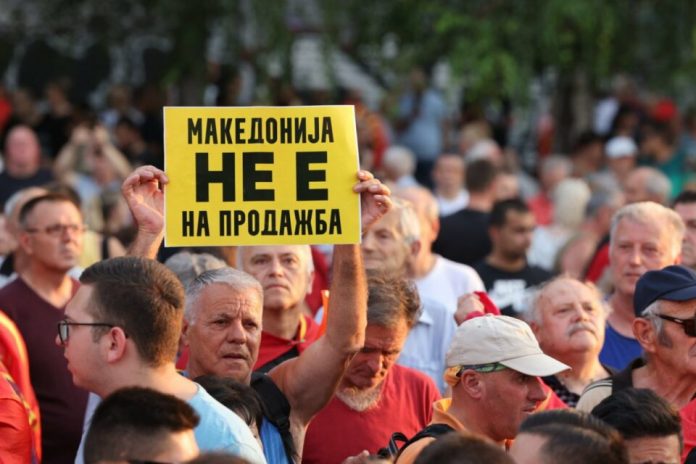 SDSM and DUI are aware that they do not have the support of the people and they know that they are working against the will of the people, they are ready to commit national betrayal, and they justify all this by the image they will get for some alleged start of negotiations, says Dragan Kovachki from the ranks of VMRO-DPMNE.

The MP says that this is why they are hiding the protocol by which Macedonia is Bulgarianized, the Macedonian heroes are Bulgarianized and with which Bulgaria is given the opportunity to refer to a document with which we will agree to Bulgarianize ourselves.

Although they announced that they would publish it, although the Bulgarian Minister of Foreign Affairs, Genchovska publicly said that the protocol was signed, the Macedonian MFA still hides the protocol from the public. And when you hide something, it’s clear why you do it.

The Government is obliged to publish the protocol, noted Kovachki.