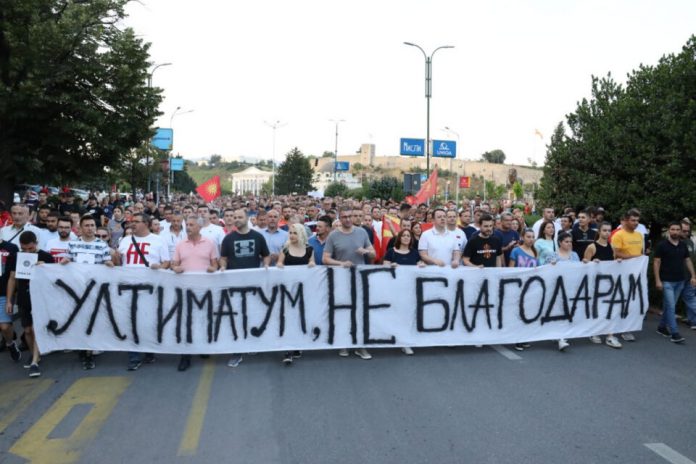 The leader of VMRO-DPMNE Hristijan Mickoski demands firm guarantees from Sofia about the Macedonian identity and language, while SDSM only wants photo ops, the opposition party says.

Even in the edited video of SDSM, you can clearly see and hear how party leader Mickoski says that changes in the Constitution are only possible with firm guarantees from Sofia. We don’t have them now. Here we have a denial of the Macedonian language and identity.

SDSM just want to go take a picture just like they took a picture on the plane 5 years ago when they said the date was received.

SDSM are lying to the people and want to push through a small door something that is against the Macedonian national interests.

VMRO-DPMNE will not allow and support a proposal that is to the detriment of Macedonia, therefore we are going to be in front of the Government at 7 pm, VMRO-DPMNE said.