Home Macedonia Government abuses the MoI, the misdemeanor penalties for the blockade in Strumica... 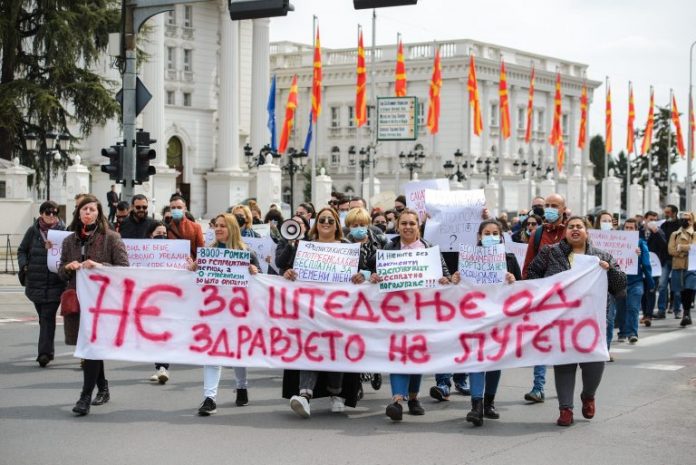 The Government abuses the Ministry of the Interior, the misdemeanor punishments for the people who blocked in Strumica are against the Constitution. The citizens have a constitutionally guaranteed right to protest. And they can express their right with blockades and other types of activities. The government has a duty to guarantee this right of the citizens, and not to hinder it, said VMRO-DPMNE on Monday.

During the last two days, a number of citizens who blocked the road direction Strumica – Radovish, in order to express their revolt against the Government, which is pushing the harmful proposal for Bulgarianization, received fines in the amount of 50 euros in denars against the value of moving on the road and 35 euros for a parked vehicle.