Home Macedonia VMRO-DPMNE: Kovachevski and Osmani should not hide the protocol, it means Bulgarianization... 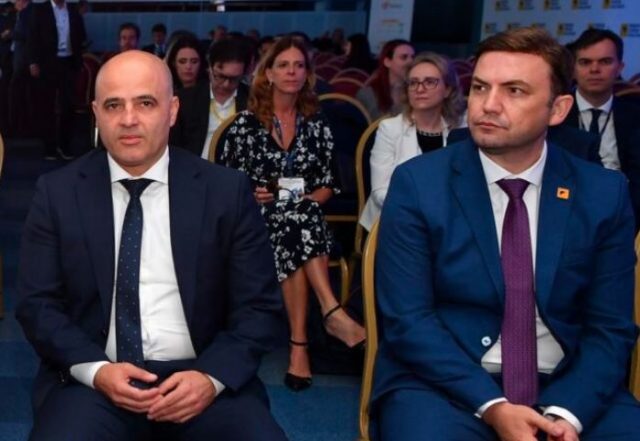 Kovachevski and Osmani should not hide the protocol, it means Bulgarianization of the country, the people are against it. The government first said it would publish it, and now for the second week it has not published the protocol, said VMRO-DPMNE on Monday.

“Every day tens of thousands of people say no to Bulgarianization and assimilation. The academic community, journalists, columnists, are all loud and clear that the proposal that the Government wants to push in the Parliament denies the Macedonian language and identity. The proposal gives Bulgaria the right to write the history textbooks in Macedonia and to block the country on its way to the EU, if it doesn’t like something. The proposal must be rejected, and the MPs from the majority should not be used to vote something that is detrimental to Macedonia,” reads the party’s press release.

The Government abuses the Ministry of the Interior, the misdemeanor penalties for the blockade in Strumica are against the Constitution, added VMRO-DPMNE.