Home Macedonia Lasovska: The traitors from the government will bury Macedonia with the French... 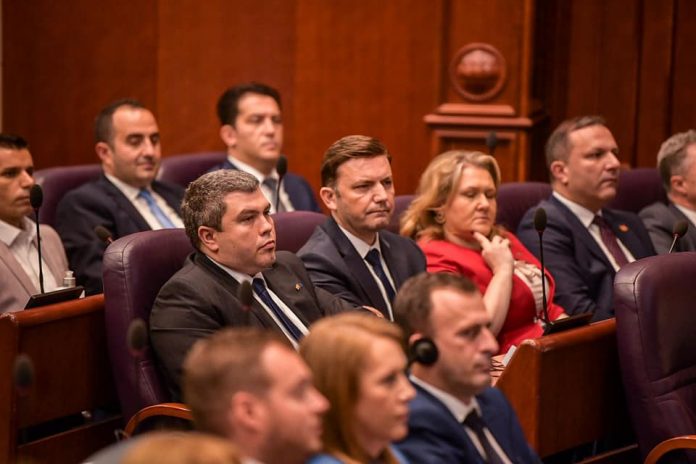 Blagica Lasovska, MP from the ranks of VMRO-DPMNE, at today’s Parliament session where the French proposal was debated, pointed out that with this proposal, the representatives of the ruling coalition decided to bury Macedonia at any cost.

“Macedonian people, at this moment in this place that someone calls the home of the people and democracy, a handful of queenslings, the grand traitors decided to bury Ilinden and Asnom Macedonia. If the tragedy were greater, the Macedonians who will raise their hand in support of this proposal, miserably relativizing about some European dream under the slogan “The time is now” call themselves heirs of the anti-fascist communist party. This same clique has been living on the backs of citizens for decades and enjoys all the privileges of apartments, houses, and high positions in society. With these platitudes, they want to wash away the Macedonian people from the ruin of the Macedonian state. They put a tombstone on the country, the inheritors of the partisans, the partisans and the fighters of Ilinden turn in their graves,” said Lasovska.