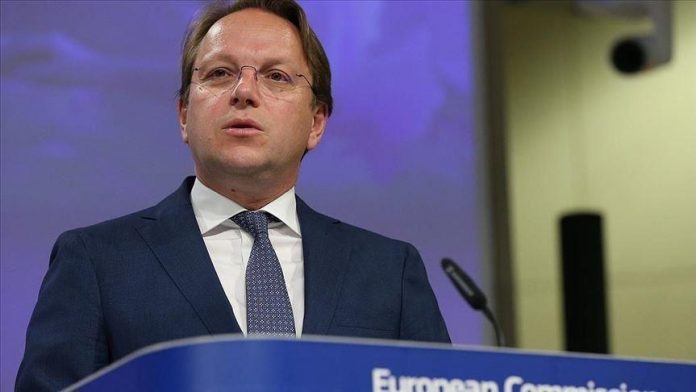 The European Commissioner for Enlargement Olivér Várhelyi addressed the Macedonian opposition, which is determined that it will not vote for changing the Constitution, with advice to prove that it is committed to North Macedonia’s membership in the European Union, with the message that the constitutional changes must take place.
“Regarding the constitutional changes, I think it is clear that they have to happen. There is a clear commitment, not only from the Government but also from the Parliament. That is exactly why I said that this is the most democratic way to get a mandate for the Government. Because the arrangement of the French proposal includes part of the competences of the Parliament. That is why it was important to listen to the Parliament and the Parliament clearly showed that they are ready for something like this,” said Várhelyi.