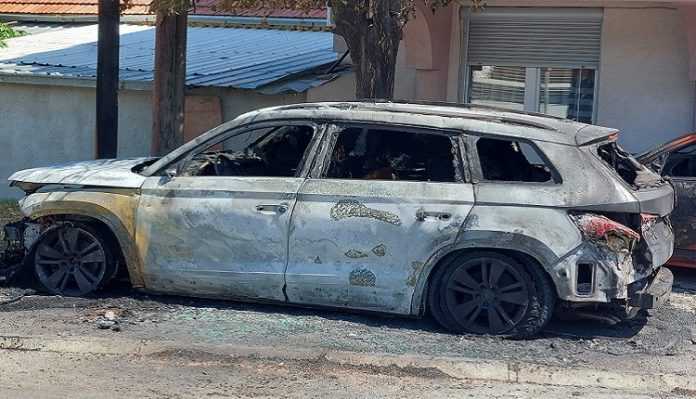 A vehicle owned by Petar Ristevski, MP from the ranks of VMRO-DPMNE, was set on fire on Tuesday night.

His colleague Dragan Kovachki informed about this on Facebook, which he says is a cowardly act behind which he is convinced that there are mercenaries inspired by the treacherous leadership of the ruling SDSM.

“Four, five days ago Ristevski publicly said that he will not vote for changing the Constitution in order to satisfy the sick ambitions of Zaev, Kovachevski and Osmani.

On Tesday night, the car of colleague Petar Risteski from Prilep was set on fire.

A cowardly act, behind which I am convinced there are mercenaries inspired by the treacherous leadership of the SDSM.

They are mercenaries because there is no normal and sane Macedonian who would commit such an act of violence against a MP of VMRO-DPMNE due to belief in something, except for a good amount of money. SDSM, even the mafia has more dignity than you. You are disgusting,” Kovacki wrote on social media.

The Ministry of the Interior arrested one person suspected of setting the vehicle on fire.