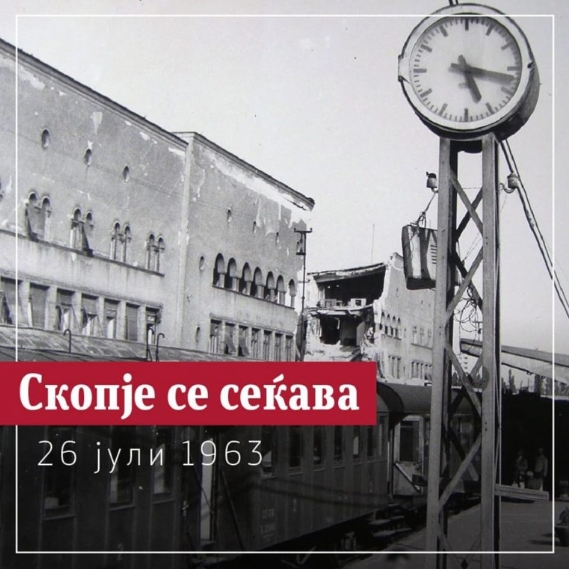 With several activities and manifestations in Skopje today, 59 years of the catastrophic earthquake in 1963, in which 1,070 people lost their lives and 3,000 were injured, are being marked.
The catastrophic earthquake in Skopje occurred on July 26, 1963 at five hours and 17 minutes, and there were smaller tremors until five hours and 43 minutes. 15,800 apartments were demolished and 28,000 were damaged. Over 200,000 people were left homeless.
On October 14, after a two-hour discussion, the General Assembly of the United Nations unanimously adopted a Resolution to provide assistance to the Yugoslav government in the reconstruction of Skopje. That day remained in the annals of the United Nations as the day of Skopje.