Home Macedonia Arsovski: Constitutional amendments will not happen with VMRO-DPMNE – Government failed to... 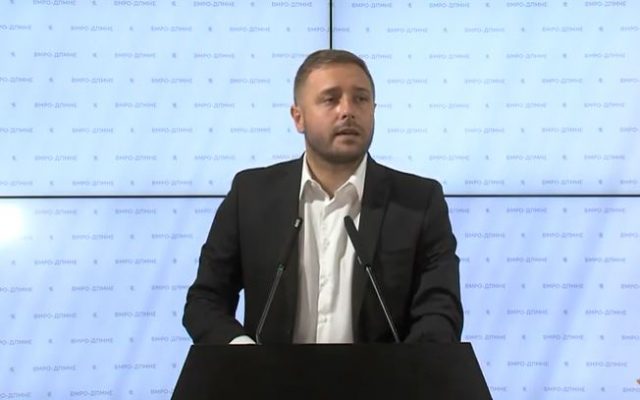 “Each new day headed by SDSM and DUI in power is a new failure of the Government and the Republic of Macedonia. The Government tries to cover up its own failure every day and it has become their practice, but it doesn’t go away. In an attempt to cover up his failure, he tries to blame the EU for their failure or VMRO-DPMNE for not fighting enough, for what they did as betrayal. Citizens are aware of the disastrous national policy SDSM and this Government are leading, said spokesperson of VMRO-DPMNE DimcheArsovski  at a press conference on Wednesday.

“There is no change to the Constitution of the Republic of Macedonia under these circumstances, at any cost. We publicly call, both as a party and as politicians, to support a referendum, all together to call for the people to have the chance to decide, and not the politicians who are corrupted by the government for their own corrupt interests. The decisions of the Government, the decisions of SDSM politicians are not in the interest of the citizens,” Arsovski said.