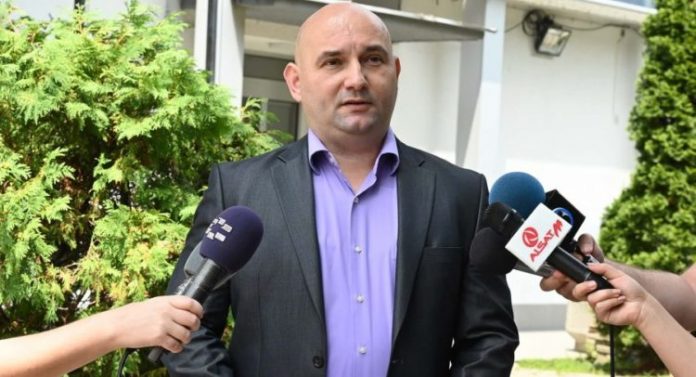 The Society for Social Justice “Lenka” announced that one of the people that threatened the citizens at Mechkin Kamen is the current director of the Public Enterprise “Macedonija Pat”. Kostadin Acevski is the former president of OO SDSM Gjorche Petrov and a former SDSM MP, who was part of the composition that voted for changing the constitutional name. A domestic violence scandal was announced about him some time ago, Levica’s news portal Antropol reported.

Last month, the media reported that Acevski, as a director, procures 10 times more expensive bitumen.
Kostadin Acevski can be seen in the video published by Levica along with a group of SDSM supporters threatening a citizen who booed Prime Minister Kovachevski at Tuesday’s Mechkin Kamen demonstration.