“There are canceled flights, but the percentage is small, for example in July, out of a total of 1,572 planned flights at the Skopje airport, 30 flights were canceled, which represents 1.9 percent of the total traffic. It means that cancellations are happening, but the situation is not as pronounced as at European airports, where the daily volume is far greater”, said TAV Macedonia. 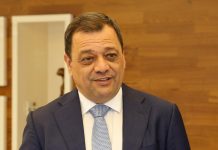