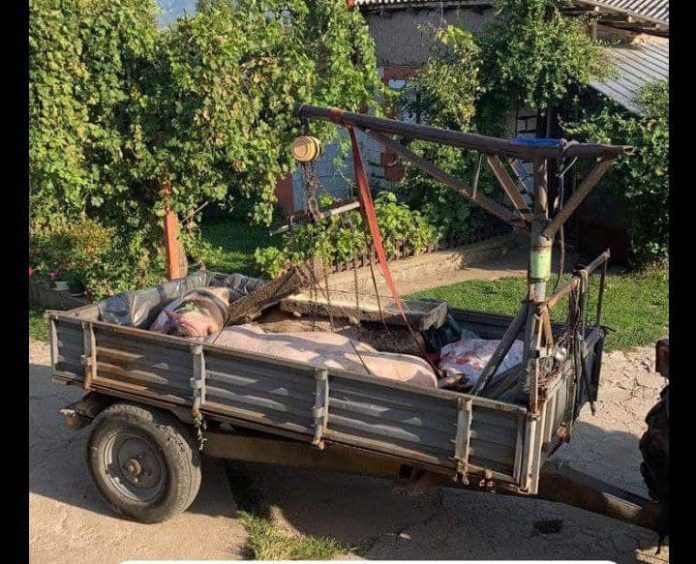 The photo is proof of the incompetence and carelessness of the Minister of Agriculture Ljupcho Nikolovski and the director of the Food and Veterinary Agency Nikolche Babovski, who neither have nor devise measures to prevent the spread of swine fever and farmers are left to their own devices, accused Cvetan Tripunovski of the opposition VMRO-DPMNE.

“While Nikolovski is on an official trip at the expense of the state, while we are waiting for the coordinating body to go public and present the measures to quickly limit the African swine fever disease, pig breeders are managing as best they know how,” Tripunovski said.

The opposition MP demanded a “serious approach” from the government and pointed out that the situation in the country is “alarming”.

“Unprofessionalism and improvisation, as I mentioned before, are the way of work of those most responsible and all this is demonstrated in one picture. The basic biosecurity protocols and measures are not respected, using inappropriate vehicles, insufficiently secured, and instead of limiting the disease, they spread it to the rest of the farms,” ​​said Tripunovski.