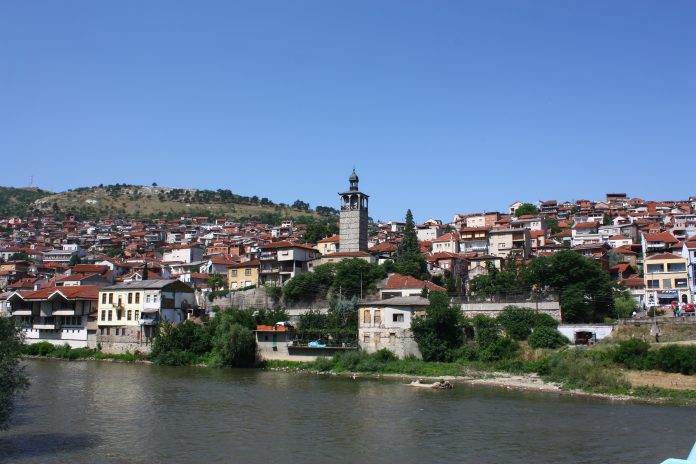 A woman who lost her child in a traffic accident tried to commit suicide by jumping into the Vardar river from the Old Bridge in Veles, and was saved by Veles Mayor Marko Kolev.

Kolev told the media that he happened to be on the bridge that he passes every day on his way home from work, and he saw the woman climbing the fence and trying to jump. He stopped the car and grabbed her from behind in his arms and took her down from the fence.

“I am no hero. I did what any citizen would do in such a situation. I was the only one crossing the bridge at that time because it was sometime after 4:00 pm and due to the hot weather there was not a lot of people. The woman was standing facing the river and climbing over the fence. I ran and grabbed her from behind. It was a fraction of a second, but lo and behold, I was probably in the right place at the right time to save her”, said the Veles mayor.

Kolev added that she only replied that she “doesn’t want to live”. The woman who tried to commit suicide by jumping into the river, according to unofficial information, was a mother who lost her child in an accident years ago.