Home Macedonia Prosecutor Ruskovska was investigating a minister before her suspension, sources claim 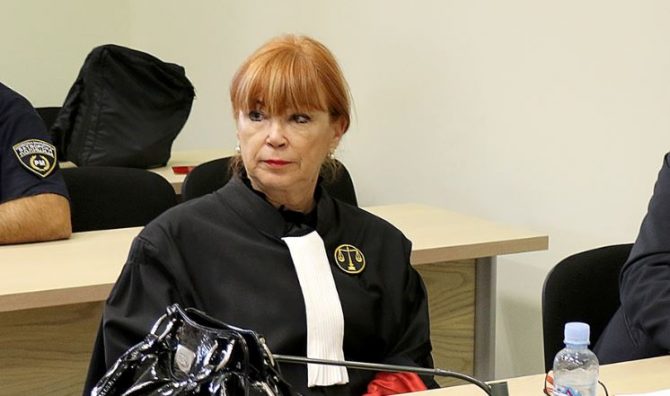 Before being suspended from the position of head of the department for organized crime within the Public Prosecutor’s Office, Prosecutor Vilma Ruskovska planned to arrest a powerful minister in the Government of SDSM and DUI, reports Express.mk news portal.

Sources from the Public Prosecutor’s Office who are familiar with the case claim that all the necessary pre-investigation procedures for the case involving the minister have been completed and all the necessary evidence of a violation of the law has been obtained.

The plan, according to the sources from the PPO, was for Ruskovska to arrest the minister and for him to go to custody in order not to influence witnesses, not to be able to repeat the crime and not to be able to escape abroad.

The sources claim that the minister can be temporarily saved from prosecution, but that the crime he committed does not expire quickly and he will one day be on the PPO’s list as a suspect, because the documents that are key evidence against him cannot be hidden or destroyed.