Home Macedonia $10.3 million support from the United States for the development of democracy... 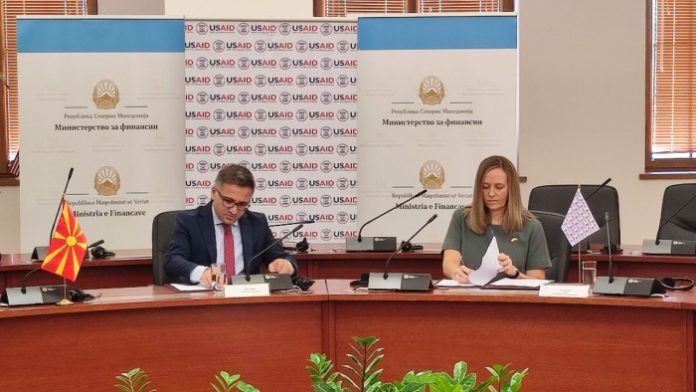 The country will receive an additional 10.3 million dollars in American support for the development of a democratic society and a competitive economy with the amendment of the Development Partnership Grant Agreement with the United States. The amendment was signed on Tuesday by the Minister of Finance Fatmir Besimi and the head of USAID Jeri Dible, in the presence of the U.S. Ambassador, Kate Mary Byrnes.

As Besimi stressed, with this amendment, the effective value of the Agreement so far is 22.1 million dollars out of the total planned 56.6 million dollars.

According to the minister, the support that N. Macedonia receives from the United States in this period of crisis deepened by the Russian-Ukrainian conflict is of great importance. Taking measures and activities to build resilient and sustainable economies, at this moment, said Besimi, is of exceptional importance.