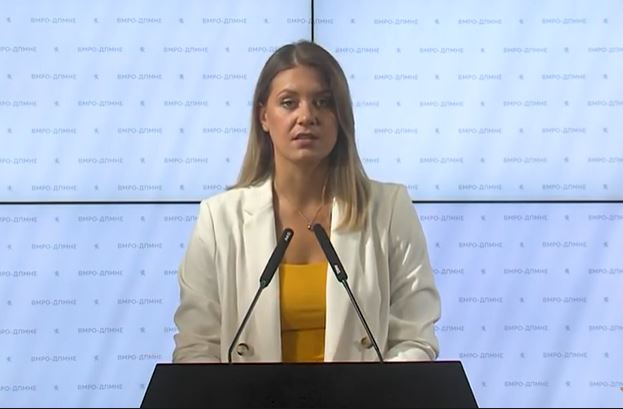 The current Government in the midst of an energy crisis is robbing the citizens and selling cheap electricity produced in Macedonia to merchants who then resell it for big profits, VMRO-DPMNE spokesperson Marija Miteva pointed out in a press conference on Tuesday.

Miteva specified that on two occasions the state company AD ELEM for the period from August 13 to 19 and from August 20 to 26 sold 3,500 MWh of electric energy at a price of around 300 euros, and at the same time the price of electricity at stock market reaches over 600 euros per MWh.

The opposition spokesperson indicated that according to the documentation, the cheap electricity was sold to the company of Victor Delov, former director of the Agency for Foreign Direct Investments in the period from 2004/2006 when the now ruling SDSM was in power and that the company’s profit for that short period was 353,937 euros.