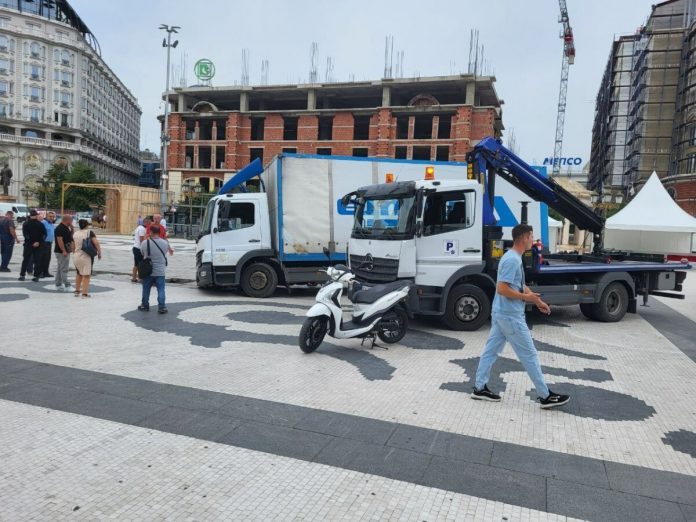 Once again, a truck has crashed into the fountain on Skopje’s main square Makedonija, after this morning during activities to set up a stage and tents for the “Pivoland” beer festival organized by the City of Skopje, one of the equipment trucks crashed and the fountain is now badly damaged again.

The collapsed truck did not even manage to lift the spider that came to pull it out.

This is the third time a truck has broken down on the Square. In 2017, a truck broke down while preparing a reception for the handball players of Vardar after winning the championship title. Last year 2021, in March, a truck for cleaning the pavement of Communal hygiene broke down.

The surface fountain was built during the time of the former Skopje Mayor Koce Trajanovski and cost 2.5 million euros, as part of the grandiose project of the then government known as “Skopje 2014” worth about 700 million euros.