Home Macedonia Mickoski submits initiative to the SEC, requests referendum and elections in one... 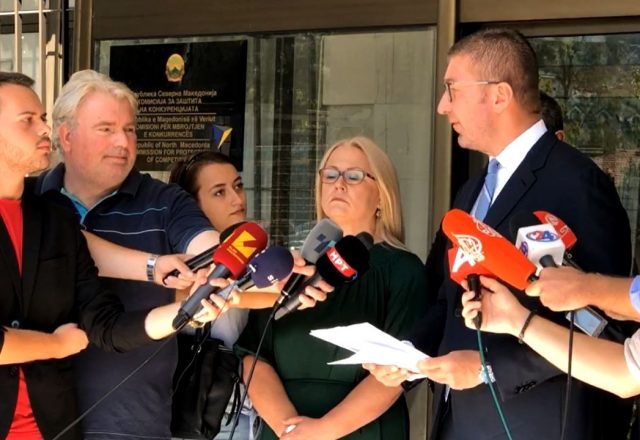 The leader of VMRO-DPMNE Hristijan Mickoski submitted the initiative to the State Election Commission with the referendum question “Are you in favor of terminating the validity of the Law on Ratification of the Treaty on Friendship, Good Neighborliness and Cooperation of Macedonia and Bulgaria signed on 18.01.2018”.
“I urge all political parties, regardless of ethnicity, or those who are party undecided, all social actors, non-governmental organizations to unite all Macedonians and stand against the main problem of our European integration. When this referendum is held, I call on the citizens to vote “in favor” of the termination of this Law”, Mickoski said to the media.
The opposition leader expects 150,000 signatures to be collected as soon as possible in order to approve the referendum and called on the government to hold early parliamentary elections on the same day at one cost.