Home Macedonia Referendum to stop the humiliation of the Macedonian people 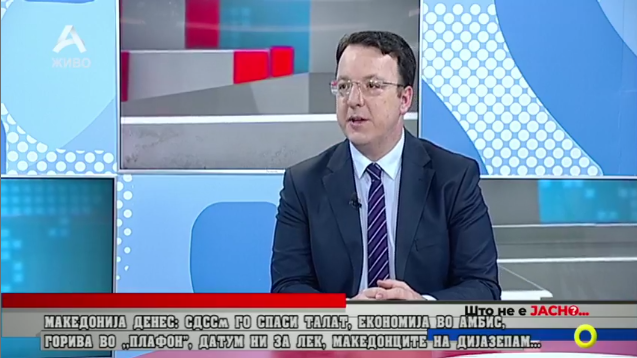 The blackmail by Bulgaria lasted for years to end in a capitulation accepted by the SDSM and DUI government through the last proposal that was accepted which was popularly called the French proposal, but essentially if you readit, it is essentially a Bulgarian proposal. It gives legitimacy to all Bulgarian demands and puts them as a condition for Macedonia’s progress in the EU, said VMRO-DPMNE Vice President AleksandarNikoloski in an interview with Alfa TV.

Nikoloski pointed out that the key problem in accepting such an agreement is that the government of SDSM and DUI accepted this proposal based on the Treaty Friendship, Good Neighborliness and Cooperation between the Republic of Macedonia and the Republic of Bulgaria and therefore the referendum question calls for the annulment of this treaty, i.e. the law on ratification of the threaty.

“This treaty was signed in 2017 by ZoranZaev and BoykoBorisov, and that treaty is the basis of all Macedonia’s problems,” added Nikoloski.