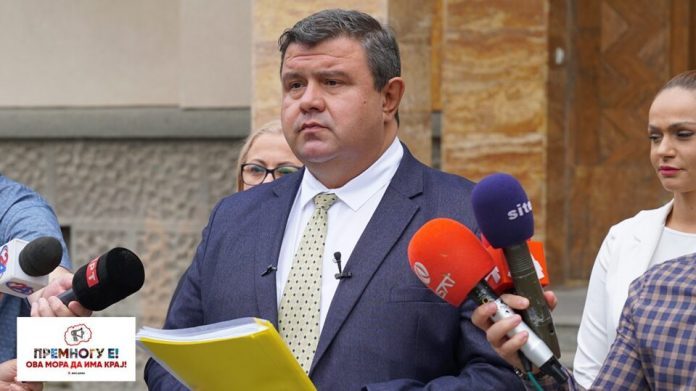 Today we officially submit the Initiative to the Parliament, to start a procedure for determining the orderliness of the Initiative to collect citizen signatures for the start of the referendum that VMRO-DPMNE announced, said VMRO-DPMNE MP group coordinator Nikola Micevski in a press release.

“I inform you that more than 650 signatures were collected in no more than half an hour, and as we announced today, we will submit the Initiative to Parliament. I hope that Parliament Speaker will not use some of his known methods and that the orderliness of the Initiative will be determined and it will start with a procedure in the Assembly as required by the Rules of Procedure but also as required by the Law on Referendum and other types of civil statement,” Micevski said.