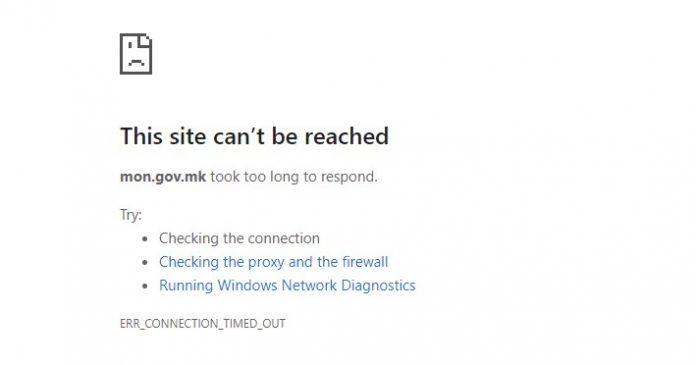 The website of the Ministry of Education and Science is still down after it was hacked on September 9. In the past 12 days, it has been completely disconnected and there is no access to it. The MES says that they are working on its reactivation, but they do not specify when it is expected.

It was announced that the site (www.mon.gov.mk) was attacked by the Greek hacker team “Netwatchers”. The MES then announced that it is in communication with the National CIRT-Center for Computer Incidents at the Agency for Electronic Communications, where the case was reported and from where they expect, with the support of the Ministry of Interior, to take specific actions to find the location and source of the attacks.