Home Macedonia DUI does not allow a judicial epilogue to the tragedy at Laskarci,... 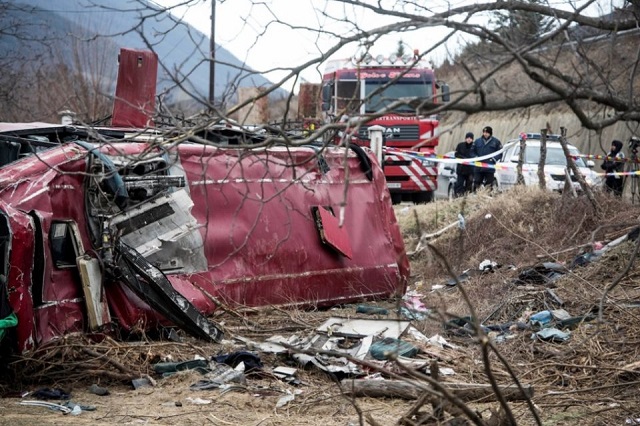 The tragedy in Laskarci, which took the lives of 16 people and over 30 were injured, the vast majority of them from Gostivar, does not receive a judicial epilogue and the truth about this case is hidden from the family members, the Alliance for Albanians accused on Sunday.

But despite the attempts to prolong justice, part of the truth comes out on its own, while the circle of those who may be responsible is expanding. These days we learn a big and very bitter truth about the residents of Gostivar. According to the research of the organization “Coalition for a fair trial”, it appears that this case and the truth have been dragged for years by the ruling Albanian party DUI through one of its officials who comes from the city of Gostivar, according to the AA.

After the first expert opinion that was done on this matter, the Court, instead of issuing a final judgment, on November 11, 2021, gave an order for a super expert opinion.