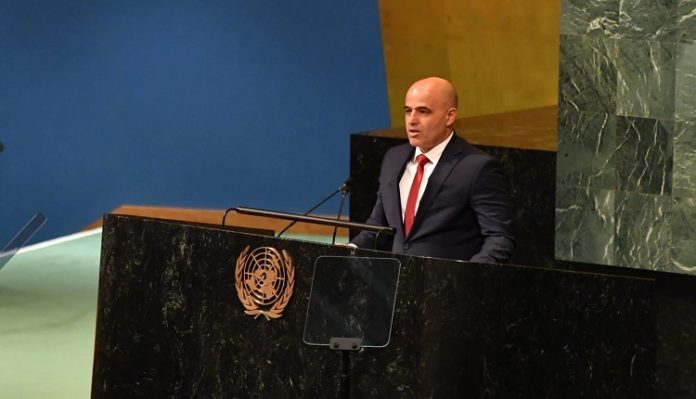 MP and member of the VMRO-DPMNE ECDraganKovachki at a press conference on Sunday was asked by the media what is the party’s position on yesterday’s speech of Prime Minister Kovachevski at the 77th General Assembly of the United Nations.