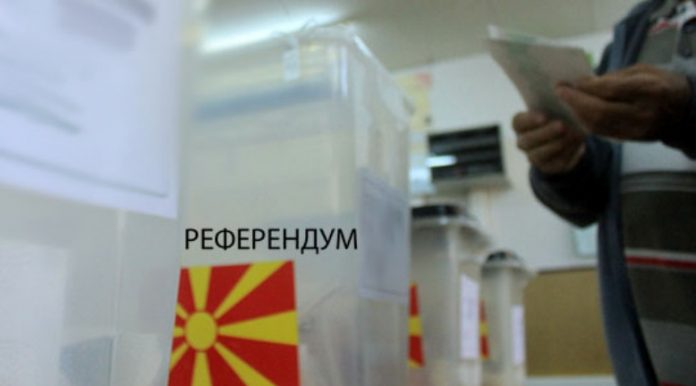 Political analyst Petar Arsovski in an interview with Kanal 5 TV’s political show on Monday evening, speaking about the VMRO-DPMNE referendum question which reads “Are you in favor of abandoning the importance of the Law on Ratification of the Friendship, Good-Neighborliness and Cooperation Treaty between Macedonia and Bulgaria published in the ‘Official Gazette’ of 18.01.2017?” says that it is precisely compiled.
If the request for a referendum is accepted and it is successful, then the MPs in the Macedonian Parliament would imperatively have to pass a special law that would repeal or annul the validity of the Law on Ratification of the Treaty with Bulgaria.
“The VMRO-DPMNE referendum question was very precise, i.e. are you in favor of abandoning the validity of this and that law, and if that referendum were successful, it would compel the MPs to pass a lex specialis that revokes or annuls the validity of that law”, pointed out Arsovski.