Home World FUEN voted a Resolution on the rights of Macedonians in the Republic... 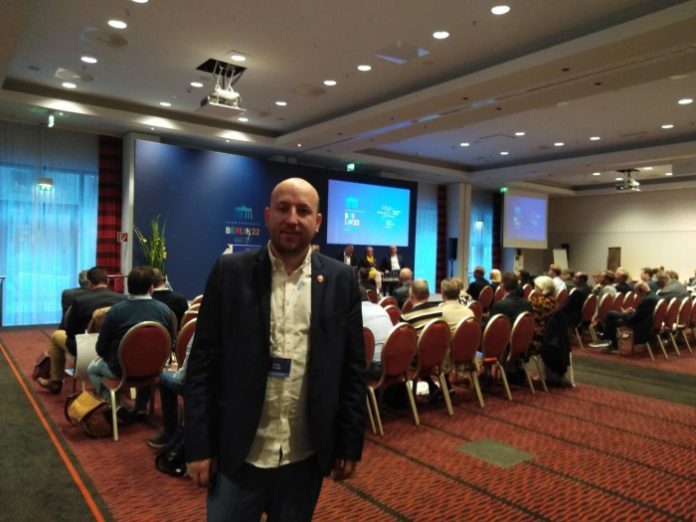 The Federal Union of European Nationalities (FUEN), at the 66th Congress held in the German capital of Berlin, unanimously adopted a Resolution on the situation of the Macedonian minority in Albania proposed by the Macedonian society “Ilinden”-Tirana, informed the president of the society Nikola Gjurdjaj.

“All 150 delegates, representatives of 103 organizations from 35 countries in Europe, voted for the Resolution. The purpose of the adopted document is the improvement of the rights of the Macedonian national minority in the Republic of Albania and the preservation of the Macedonian identity and culture in the regions of Golo Brdo, Mala Prespa, Gora and Vrbnik inhabited by a purely Macedonian population,” said Gjurdjaj, who is one of the participants of the congress.