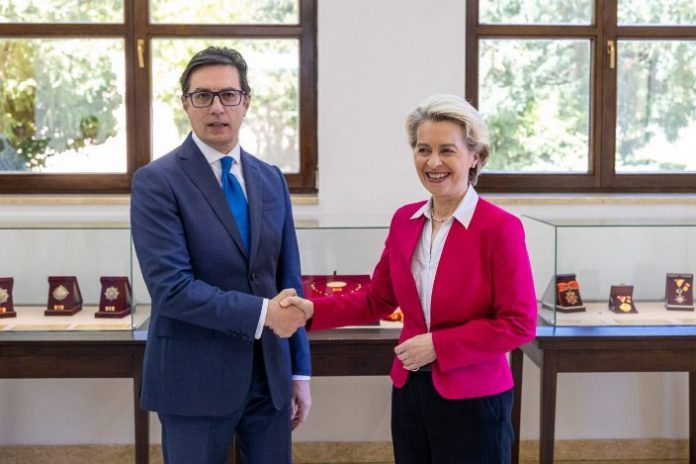 The annexation of the four Ukrainian regions by Russia is an illegal act that is not based on any rule of international law, President Stevo Pendarovski said on Sunday.

In response to a media question to comment on the secession of the four Ukrainian regions from Russia, Pendarovski said that he hopes that such an action is a sign of weakness on the part of Russian President Vladimir Putin.

“Things are not going well for him on the ground as he planned and now he is trying to use administrative measures to annex parts of the territory of another country, which neither was nor will be part of Russia, and you can see that practically no one in the world recognizes this,” said  President Pendarovski in Sofia.