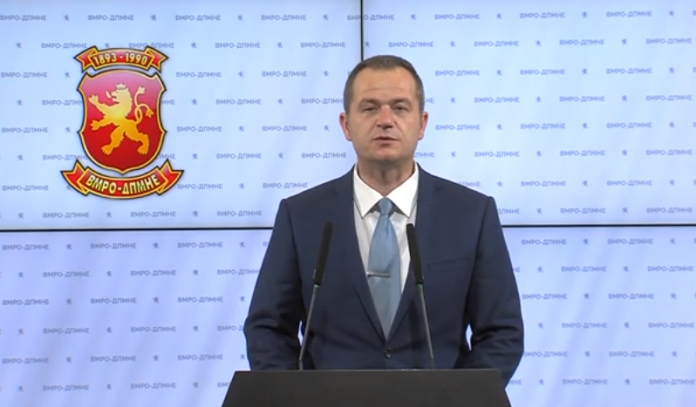 For the second day, the Ministry of Defense is silent about the stolen classified documents and about the stolen computers that contained strictly confidential documents, and it is a great shame for the Ministry of Defense of a NATO member to be non-transparent about such an event, and an even greater shame is the inability to protect themselves classified documents and computers, said MP of the opposition VMRO-DPMNE Dragan Kovachki on Tuesday.

“This is a case that must end with criminal responsibility for those responsible who did not take measures and allowed individuals or a group to dare to enter a protected facility of the Ministry of Defense and steal documents and computers in the middle of the city center. According to the Law on Classified Information, classified information labeled as “Top Secret” is information whose unauthorized disclosure would cause extremely serious harm to the VITAL interests of the Republic of Macedonia. When classified documents (mobilization documents) with the level of secrecy Top Secret are stolen, and the Minister – Slavjanka Petrovska is silent about it, and the Commander-in-Chief – in this case, Stevo Pendarovski – is silent about it, the suspicion arises that they want to cover up the event in order to save themselves from responsibility. After such a scandal, the Minister of Defense should resign, and the President should talk less about the energy situation, which is not in his competence, but take an interest in who and why dared to steal documents, as well as how much damage was caused to the Defense in which he has jurisdiction,” Kovachki said in a Facebook post.