Home Macedonia Lefkov: One day after Kovachevski became a mandate holder, over EUR 203,000... 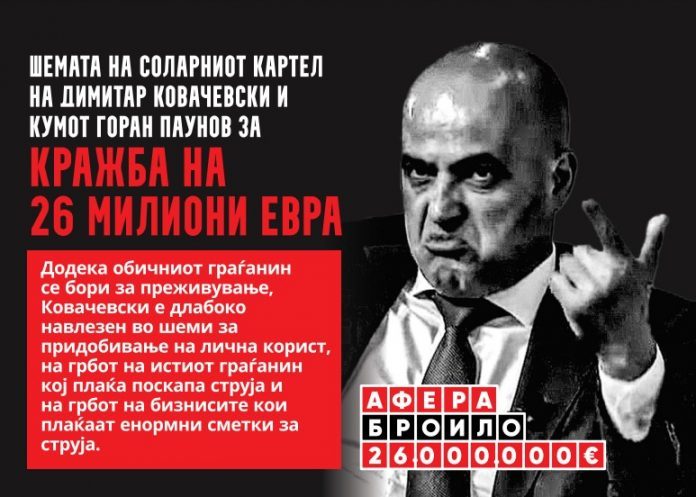 One day after Dimitar Kovachevski became the mandate holder for the composition of a new government on December 29 last year, the company founded by him, Pikcell Group, which was founded by him, receives a state aid payment of over 203 thousand euros, MP Mile Lefkov revealed at a press conference on Wednesday.

So Kovachevski has a mandate as prime minister, and his Pikcell company receives state aid of a whopping 203 thousand euros. This is the largest in a series of payments of over half a million euros made by the government and the Fund for Innovation and Technological Development to Pikcell Group founded by Kovachevski in the period from 2019 to 2021, said the opposition MP.

According to Lefkov, in addition to the 2 million euro state contracts taken, companies from the solar cartel enabled the enrichment of other companies and individuals, and with their help, millions of people’s money were pumped out.

“There is a suspicion that through the company KMG EOL Kvazar owned by Kovachevski’s close friend, Gorancho Paunov, possible abuse was enabled in the municipality of Gazi Baba while the mayor of the municipality was SDS staff,” said Lefkov.