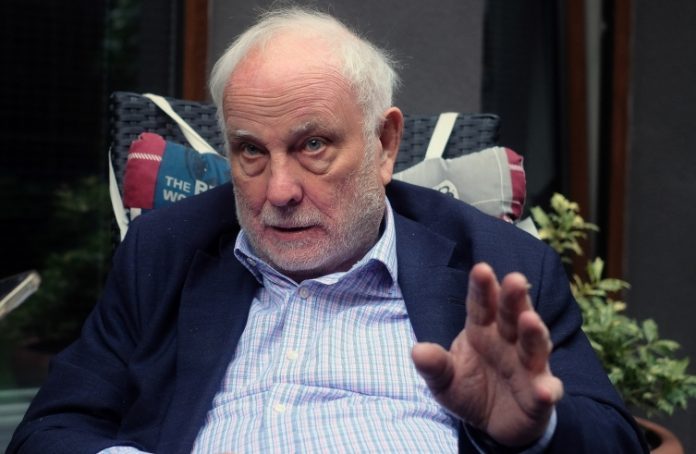 An agreement was signed in Nivici that institutionalizes Macedonia as a second-category country, James Pettifer, Professor at the Oxford University, who even before the signing called for a stop to the renaming of the Macedonian state and the entire package of constitutional changes related to it, says in an interview with MKD.mk.

“I have known Macedonia since it was a socialist republic. I think that the existence of Macedonia was never recognized by the neighbors since then. The international community made a big mistake by not making a clear statement about Macedonia, not showing a clear commitment and never recognizing it as an independent. It was recommended back in the Ahren report. But Britain and France did not accept that, wanting to preserve Yugoslavia. For a long time, they pursued politics to preserve Yugoslavia. That’s why we are where we are. Most of the problems have roots since then. It is understood that Greece and Bulgaria, defending their national interests, used the right to veto Macedonia’s membership in NATO and the EU because they were the only members of the EU and NATO from the region. It was not a good situation. The Ohrid agreement was necessary. But it should have stopped there. The Prespa Agreement is a step back from that. It is a serious step back. Greece has been given too much. And people were humiliated here, in Macedonia,” the professor said.

Professor James Pettifer is the author of 11 books on the post-Ottoman Balkans and teaches history at Oxford University, UK. Yesterday in Matica, the Macedonian edition of the book “Lakes and Empires in Macedonian History – Contesting the Waters” by London professors James Pettifer and Miranda Vickers was promoted.