Home Macedonia Protest in Ohrid against the “Tsar Boris III” club: We are not... 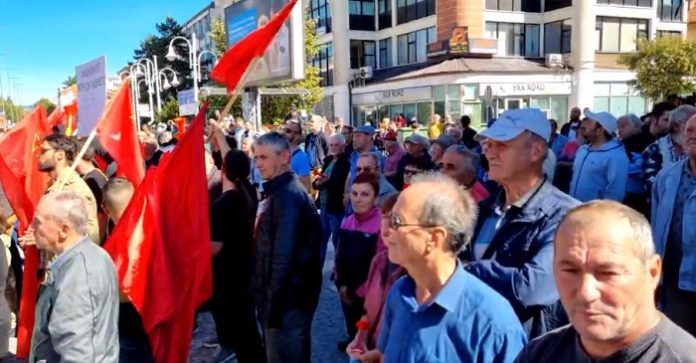 “Fascism must fall – NO to the Bulgarian Hitler”, “We are not the same as fascists, we are anti-fascists”, “We do not negotiate with fascists”, were part of the banners of Friday’s protest in Ohrid, in front of the newly opened Bulgarian cultural club Tsar Boris III.

The protest is organized by the Levica political party, and VMRO-DPMNE also called for a massive turnout but for it to be peaceful, democratic and without incidents.

“The association has respected all legal regulations in the country and has not committed any offense, says the president of “Czar Boris III”, Tome Blazeski, in a statement to the media.