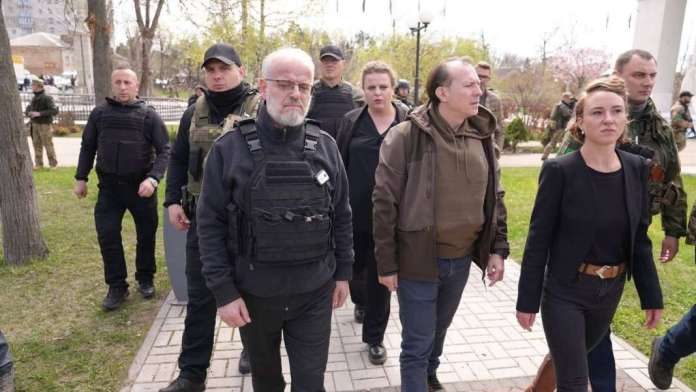 Ukrainian President Volodymyr Zelensky awarded the Order of Prince Yaroslav the Wise to several politicians around the world, including the Parliament Speaker of the Republic of N. Macedonia, Talat Xhaferi.

The order is awarded for significant personal merits in strengthening interstate cooperation, support of state sovereignty and territorial integrity of Ukraine, and significant contribution to the popularization of the Ukrainian state in the world.

In addition to Xhaferi, the Bundestag President Bärbel Bas, then Parliament Speaker of Norway, as well as the Parliament Speakers of Ireland, Switzerland, France, Latvia, Estonia, Lithuania, Croatia, etc. were among the awardees.