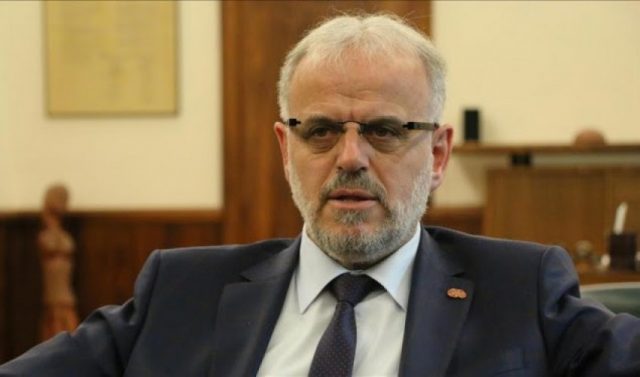 The opposition party Levica has submitted a petition to the State Commission for the Prevention of Corruption (SCPC) to determine a conflict of interest due to incompatibility of functions against the current Parliament Speaker, TalatXhaferi.

Xhaferi, as the opposition party states, arbitrarily and contrary to the Constitution, laws and Rules of Procedure, performs two incompatible functions in parallel: parliamentary speaker and member of the collective General Presidency of his party DUI, which is legally prohibited.

“This simultaneous cumulation of two incompatible functions in one person is contrary to the express imperative constitutional provision of Art. 67, paragraph 3 of the Constitution of the Republic of Macedonia, which clearly stipulates that: “The position of Parliament Speaker is incompatible with the performance of another public office, profession or position in a political party”! Levica asks the SCPC to ascertain this unconstitutional state of incompatibility of functions and to take future measures to remove it by resigning from one of the functions that it illegally performs,” saidLevica.