Home Macedonia Democratic Union to send a delegation to the opening of the Macedonian... 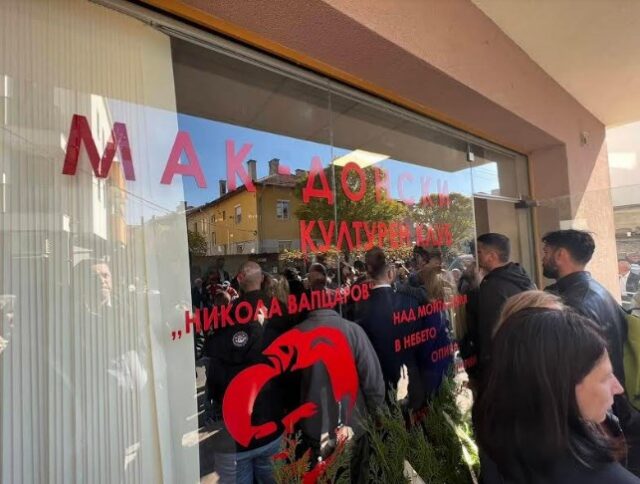 A delegation of the Democratic Union (DS) will attend the opening of the Macedonian cultural club in Blagoevgrad, Bulgaria tomorrow, the ruling coalition party informed on Saturday.

“The Democratic Union (DS) believes that the opening of this first Macedonian cultural club in Bulgaria will be a good basis for cultivating the cultural peculiarities of Macedonians, as well as improving relations between Macedonia and Bulgaria. A universal democratic right is association, the formation of civil associations, cultural centers, political parties and other forms of mutual connection, affirmation of cultural diversity and mutual respect and understanding. The Democratic Union expects a warm reception from the citizens of Blagoevrad,” said the party.

The VMRO-DPMNE delegation led by party leader Hristijan Mickoski will attend the grand opening in Blagoevgrad.

The ruling SDSM failed to send any representatives at the event.