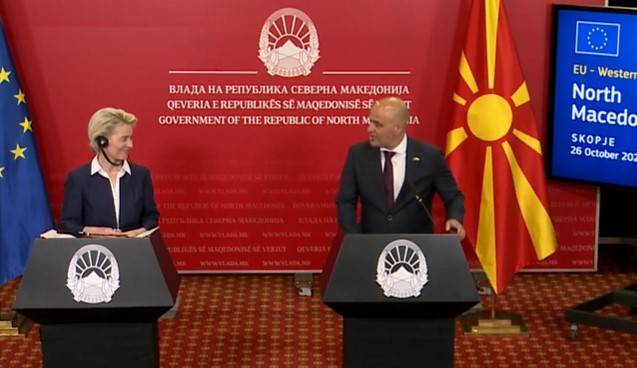 During the visit to the country, the President of the European Commission, Ursula von der Leyen, made a slip in her address and said “the North Macedonian people”, and that was the only thing you kept from that visit, EU Ambassador David Geer said on Saturday.

Asked by the media at the beginning of the construction of the railway section of Corridor 8 in Kumanovo, Geer emphasized that von der Leyen showed great support for North Macedonia and that she did not visit the country empty-handed. He reminded of the Agreement with Frontex and the financial aid for dealing with the energy crisis.

“This is the third visit of the president in one year, which is exceptional, with which I think she demonstrated a huge personal commitment and commitment to the Commission for the European path of the country”, Geer pointed out.