Home Macedonia Mickoski involved in verbal incident after the opening of the Macedonian club... 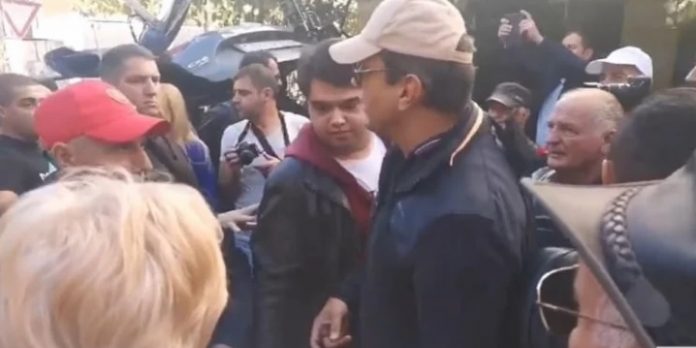 A verbal incident took place on Sunday in Blagoevgrad between VMRO-DPMNE leader Hristijan Mickoski and a citizen who was carrying a speaker that played patriotic songs.

The incident happened after the opening of the club when the guests and the hosts went to the monument of Goce Delchev’s father.

Calling Mickoski a traitor, the citizen told him to speak Bulgarian, after which the gathered citizens began to shout “Macedonia, Macedonia”.

On the other side of the city square, a group of citizens, led by the Bulgarian MEP from the ranks of VMRO-BND, Angel Dzhambazki, chanted provocatively at the guests and did not allow flowers to be laid in front of the monuments in the square.