Home Macedonia Petrushevski: Kovachevski and the Government have not informed the SCPC about the... 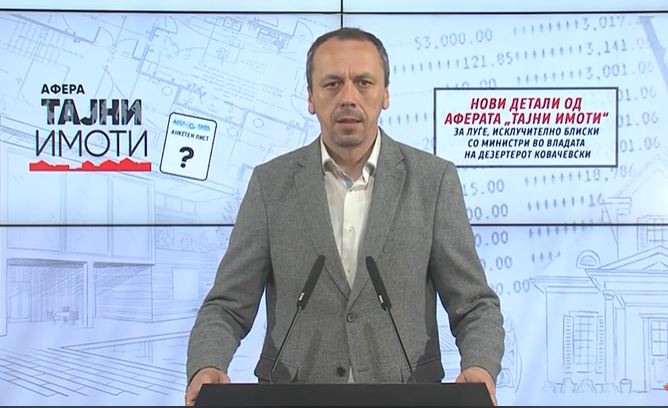 The” Secret Properties” scandal in which property worth over 30 million euros was hidden, is a direct product of the deserter Kovachevski. This was also confirmed by the head of the State Commission for Prevention of Corruption (SCPC), which by shifting responsibility to the Government, publicly disclosed everything, said VMRO-DPMNE MP BranePetrushevski at a press conference on Monday.

“The Government, and therefore Kovachevski, are the ones who actually enable the property to be hidden. But what is hidden? The Secret Properties affair also includes former SDS mayors, who lost disastrously in the local elections, and as a reward from SDS, they received new positions. AleksandarNaumoski, former mayor of GjorchePetrov municipality, is hiding assets. DritanBexheti, director of the PIOM Fund, is also hiding property. Following in the footsteps of Naumoski and Bexheti, FikriAliti, director of the State Hunting Inspectorate, who also did not submit his property for public inspection, is also following. And instead of being dismissed from the positions to which they were appointed, these directors are protected by Kovachevski, who is shifting responsibility to the SCPC,” Petrushevski pointed out.