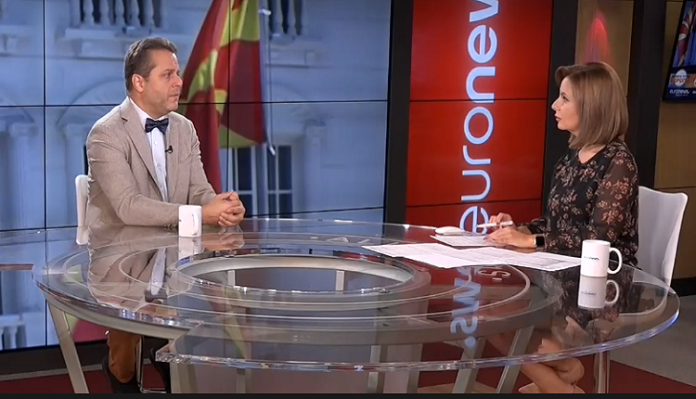 Macedonians are Macedonians and it is not polite of us to claim differently. The problems between the two countries are a consequence of the fact that the historical commission was given a “concession” to VMRO-BND and its propagandists, so it does not produce positive results, noted Bulgarian history professor Dimitar Atanasov in a TV interview with Euronews Bulgaria.
According to Atanasov, the joint Commission for historical and educational issues between Bulgaria and N. Macedonia cannot achieve success, one of the main persons in the Bulgarian team of the commission is the vice president of VMRO-BND and a “party propagandist”, and some of the members deny the Macedonian identity.
“Some of those people claim to this day that Macedonia is Bulgarian, they show disrespect for the modern Macedonian identity, for the fact that the Macedonian people, the Macedonian nation, the Macedonian language exist and we have no right to say that this is not the case. We need to stop that,” said Atanasov.