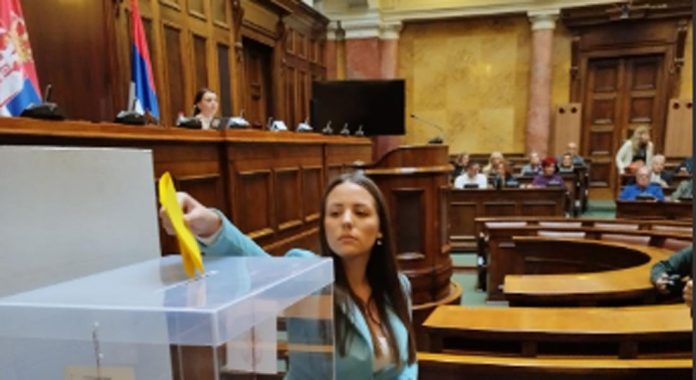 Regular elections were held in Serbia for the National Councils of 23 national minorities, including the Macedonian minority, the MIA correspondent from Belgrade reported.

The Macedonian minority held the elections for the members of the National Council in Belgrade, in the National Assembly by means of an electoral assembly, due to an insufficient number of voluntarily registered voters in the Special Electoral List.

Fifty-seven registered electors participated in the elections out of 59 who voted for one election list – “Borche Velichkovski List” which was elected after voting with a majority of 56 votes, as well as 23 members of the new Macedonian National Council.

National councils are the most important institutions of national minorities which, according to the Law, are entrusted with “the public powers to participate in decision-making or to decide independently on certain issues in the field of culture, education, information and the official use of language and writing in order to achieve the collective rights of the national minority to self-governance in those areas”.