Home Macedonia Rice farmers block the Shtip – Kochani road as a sign of... 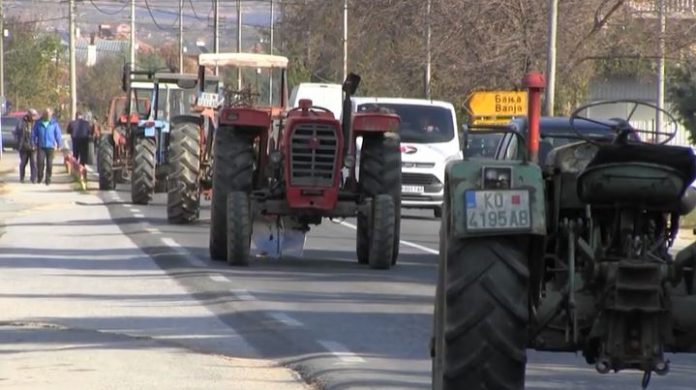 Dissatisfied with the purchase price, but also the ignorant attitude of the competent institutions, the rice farmers again blocked the Shtip-Kochani regional road. They are looking for a minimum purchase price of 40 denars, unlike the current one that ranges from 22 to 25 denars.

The anger among the farmers grew further after the government announced that the fields, although private, if they are not cultivated, will be given to tenants, but they are also dissatisfied with the new subsidy model, which foresees mandatory insurance.

“I will receive 2,500 euros in subsidies, and I will have to pay 3,000 euros for insurance. It shouldn’t be like this! They want to take our subsidies too! On the one hand, they will give, and on the other, they will take our fields,” Venco Stojanov told Alfa TV.

The rice farmers received support from other agricultural associations, and they are announcing a general strike by the end of the year. Sunday’s protest was accompanied by a strong police security. A good part of the rice farmers, as explained by the Initiative Board, decided not to attend the blockades because they were blackmailed that the rice would remain in their barns.