Home Macedonia Over 800 unexploded ordnance from the two World Wars found in three... 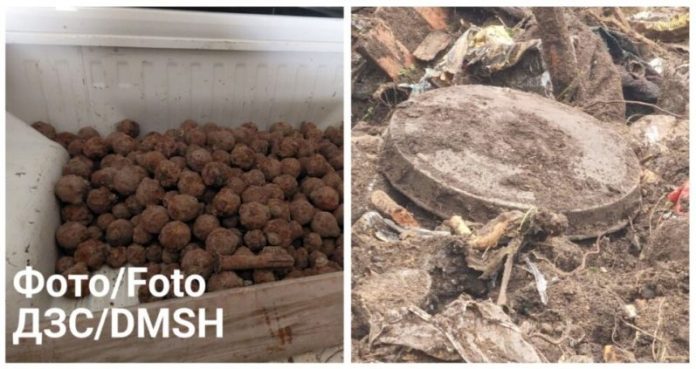 Pyrotechnicians of the Protection and Rescue Directorate found a large amount of unexploded ordnance in the past period.
As informed by the SSO, some of them date from the World War I and some of them from the World War II.
“On November 11, 2022, 837 hand grenades were found in the region of Bitola, two days later on November 13, 4 German-made SB aircraft bombs were found on Izvor road, Debar and they were destroyed on the spot, and all security measures were taken to destroy them. The very next day, two tank school mines were found in the village of Pletvar,” informs the SSO.